Some interesting facts about the Great Patriotic War

I like reading books about war. I know many interesting facts about the Great Patriotic War. Here are some of them. 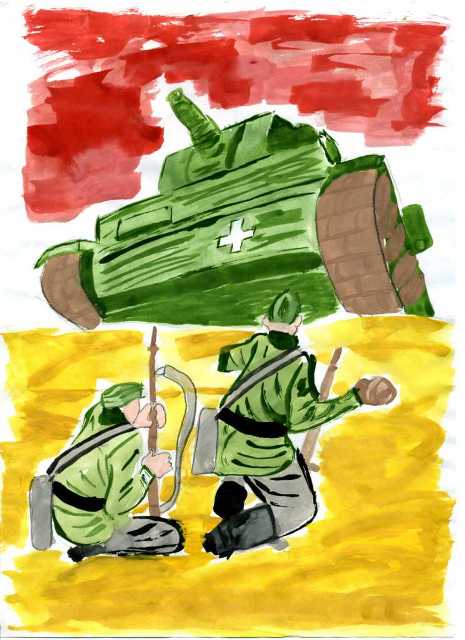 They fought for Motherland

The Great Patriotic War started on the 22nd of June. There were 190 divisions, 3000 tanks, 43000 cannons and mortars, 5000 planes and 200 ships in German army when they attacked the borders of our country. The Great Patriotic War lasted for 1418 days and nights. During the war there were 6200 partisan groups with more than one million partisans. They crashed 21000 enemy trains, killed and captured more than 1600000 fascist soldiers and officers. During the war 27000000 people were killed, 1710 towns and 70000 villages were ruined in our country. It was a terrible war. I hope it will never recur.