Last summer I was in the Crimea. I saw many interesting places there. Some of them were connected with the history of the Soviet State. I know that Russia and the Ukraine were the republics of the USSR. 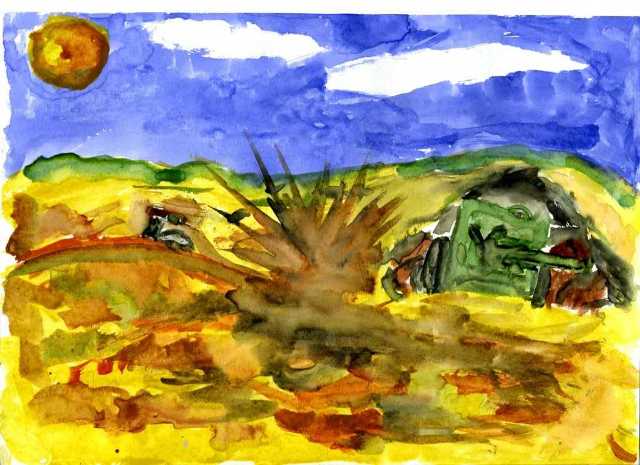 The battle not far from the village Adzhimushkay

When I was in Kerch I saw the memorial to the heroes of the Great Patriotic War. It is situated outside the town in steppe. Now it is a museum. But earlier it was a big old quarry.
In 1942 some parts of the Soviet Army were encircled not far from the village Adzhimushkay.
Soviet soldiers, officers and local inhabitants went to the quarry. They fought with the enemy during 170 days. The defenders of Adzhimushkay didn’t have enough water. They didn’t have food. They were weak. Some of them were wounded. But they fought. The fascists used all means against Soviet soldiers, even stifling gas. But they didn’t yield to the enemy.
The museum is ten metres deep into the quarry. It’s dark and cold there. The guide tells the story about the defenders of Adzhimushkay quietly. It’s very interesting but a little bit frightening.
I saw the places where the soldiers rested after the battles and slept on the stone ledges. I saw their arm and their clothes. I saw the children’s toys. I know that there were little children among local inhabitants who were with the soldiers in the quarry. I can’t think about it. It’s too awful. There are some fraternal graves in the quarry. We stopped there for a minute of silence. During the minutes of silence I thought about the people who defended our country. They were real heroes. We mustn’t forget about them. Never!